Nature of the Carpathians: unique flora and fauna of the Ukrainian mountains

Nature in the Carpathians is amazingly rich and beautiful. There are more than 2000 species of plants, hundreds of species of animals and birds. According to scientists, the Carpathian region accounts for about 2/3 of the entire biodiversity of Ukraine. This is not surprising: wooded and rocky slopes are interspersed with deep valleys, and the foothills smoothly turn into a steppe landscape. A variety of locations creates ideal conditions for the life of all categories of animals. Today we will tell you about the most interesting representatives of the flora and fauna of the Carpathians and Transcarpathia!

Vegetation of the Ukrainian Carpathians

In the region there is a clear vertical zoning — plants of the Carpathian mountains have mastered every height. In the lowlands, variegated meadows are interspersed with islands of oaks. In the foothills rock oaks, Burgundy, Daleshampe and hornbeams reign. The age of some local trees exceeds 1000 years. Among the long-livers, the first place belongs to the common oak, whose height reaches 30 m and the girth of the trunk – 9 m.

Due to the mild climate and rich soil in the foothills, there are many man-made gardens, fields, vineyards. Steppe flora is also widespread here: feather grass, fescue, keleria. In spring the Narcissus valley in Zakarpattya looks very splendid: a carpet of flowers covers itself in the second half of May. Unique plants, represented here by a large population, grow only in this region. 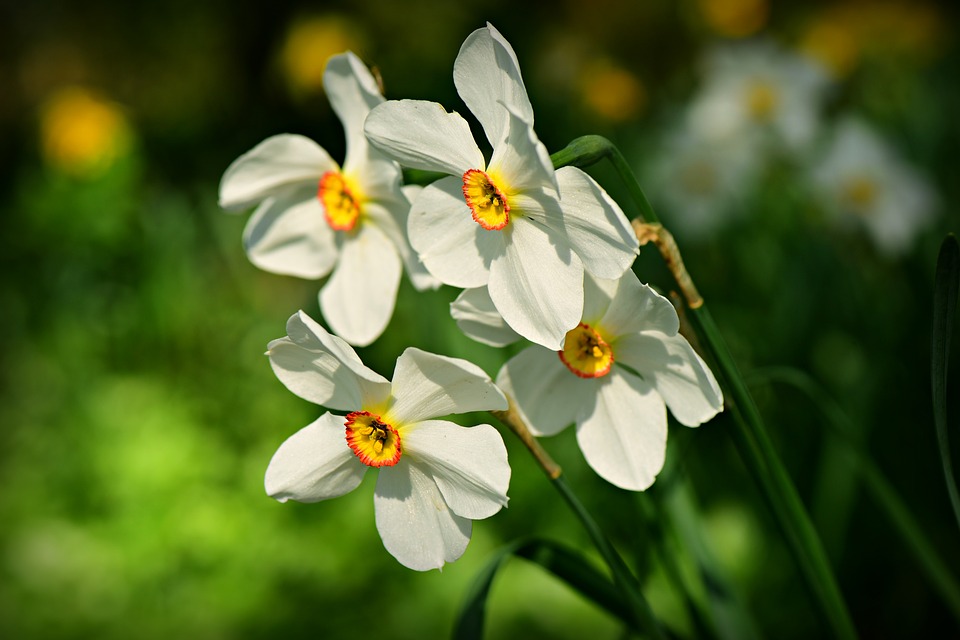 The lower wooded zone extends from the foothills up to 700 m above sea level. Broad-leaved species predominate here: oak, maple, hornbeam, mountain elm. Beech forests are especially beautiful. Thanks to them, a whole historical region got its name – Bukovyna. Stately trees with smooth gray-brown trunks live for 350 years or more. Their crowns rise to a height of about 50 m, creating an unusually dense shadow, so it is very pleasant to walk or horseback in such forests. 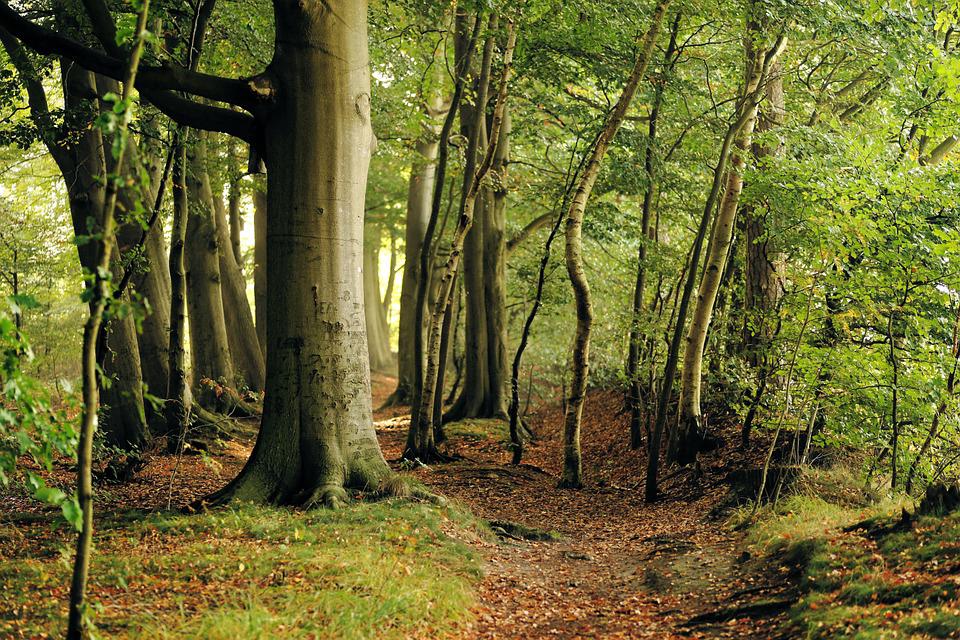 Among the mountain flora there are relic plants of the Carpathians that are preserved unchanged from the time of other geological eras. Among them are berry yew, European cedar, Cossack juniper, Polish modrina, Elbe woodsia. Traveling in the Carpathians, you can meet endemic species that grow only in this area. These include the East Carpathian rhododendron, narrow-leaved narcissus, Carpathian spurge and sorrel, Filyarsky lungwort. There are about 240 species of endemic plants in the Ukrainian mountains. In order to protect them, several large protected areas have been created in the region. Ecologists urge tourists not to cut flowers, herbs to preserve the unique diversity of relics and endemics. Vegetation of the Carpathian mountains also includes about 300 species of medicinal herbs. At least a hundred of them are used in official medicine, including mountain arnica, belladonna, rhodiola rosea.

Beech dominates the entire middle vegetation belt, which extends up to 1200 m above sea level. At these altitudes, fir and European spruce are increasingly common. Fragrant and cool coniferous forest covers the slopes up to 1600-1800 m above sea level. The age of the local giant trees reaches 400 years. At the upper edge of the belt one can admire the stately larches and cedar pines.

Further the vegetation is represented by subalpine plants: undersized coniferous shrubs, perennial grasses and flowers. Especially beautiful are edelweiss, gentian, primrose, alpine poppy. An unforgettable impression is also made by mountain meadows, which in the second half of April bloom with a continuous carpet of lilac and yellow crocuses. In the middle of summer, the mountain slopes are covered with bright pink islands of blooming rhododendron. 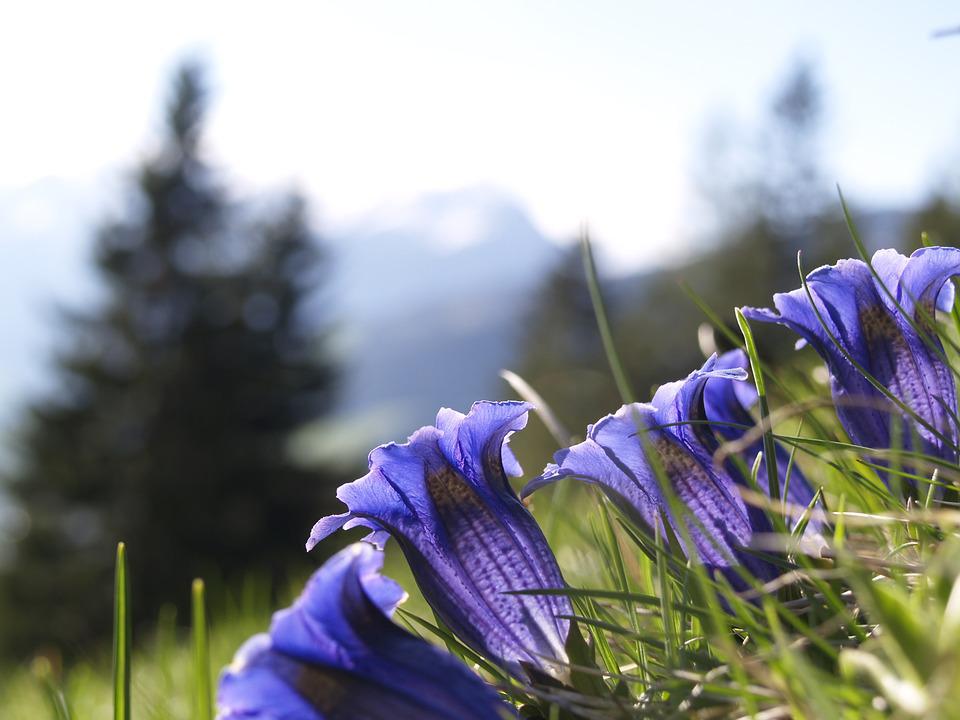 Speaking about what kind of trees grow in the Carpathians , one cannot ignore the zherep pine. This creeping plant is especially common in Gorgan. The slopes overgrown with zherep are also called crooked forests: the interweaving of roots and dense prickly branches sometimes form impassable areas. Rescuers do not recommend storming them in the absence of a cut path – this can be dangerous even for experienced tourists.

Guests of Transcarpathia can get acquainted with acclimatized plants from North America, South Europe, Asia. In total, there are about 400 such species, including sakura, evergreen barberry, cherry laurel, black walnut, Japanese sophora, ailanthus, and douglas. The mild Transcarpathian climate allowed these plants to adapt, retaining their unique beauty. City streets decorated with sakura look especially impressive – the trees are covered with lush inflorescences in the second or third decade of April. As you can see, plants in the Carpathians and Transcarpathia are most beautiful from the second half of spring to mid-summer.

The animal world of the Ukrainian Carpathians

The Carpathian fauna is no less diverse than the flora. On forest paths you will meet many animals that live only in the wild, and therefore exotic to most city dwellers. In the Ukrainian mountains there are about 80 species of mammals. Let’s look at the most interesting of them!

Brown bears are considered the largest but also the rarest inhabitants of the Carpathian Mountains. Adult bears can weigh up to 600 kg, although more often it is limited to 350-400 kg. In spring they go down to the rivers in search of food, and after the snow melts they go up to the mountains. They eat fish, insects, nuts, honey, berries and some plants. In the Ukrainian mountains there are only 110-130 animals, so the probability of meeting a bear, especially on the well-trodden tourist routes, is very small. 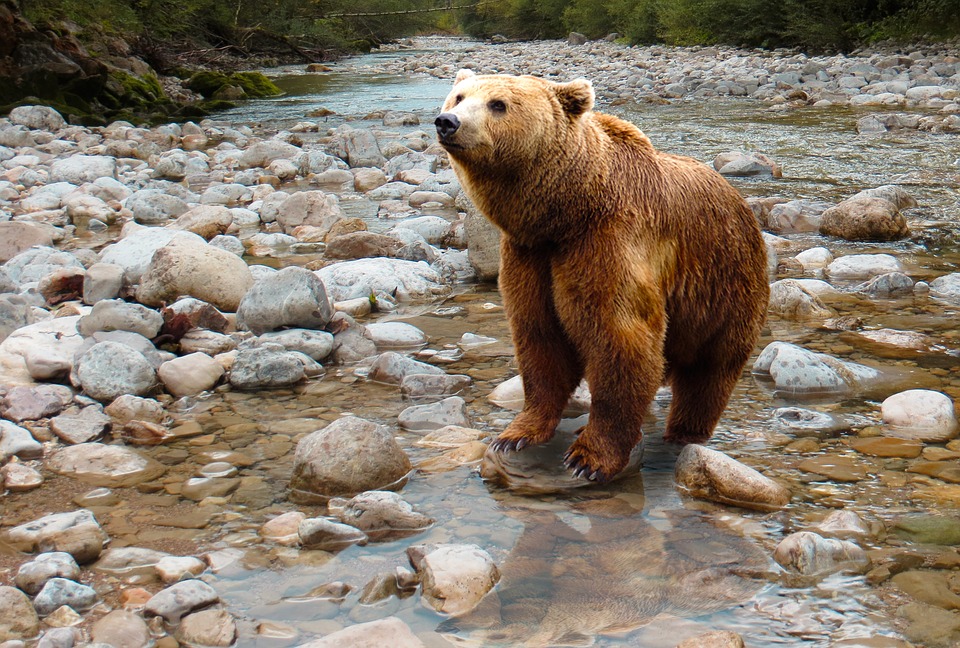 Wolves are animals of the Carpathian mountains that are on the verge of extinction. Despite their reputation as bloodthirsty predators, they remain one of the most important parts of the ecosystem. They are excellent pack hunters that feed on other warm-blooded animals, birds, rodents, insects. They do not disdain ripe berries either. Most often wolves are spotted in the area of Verkhovyna. However, their secretive lifestyle and small population makes predators stay away from humans. The exception is the winter months, when wolves can use human trails, roads, skis to move around, because it is hard for them to move on the deep snow. Rescuers do not recommend deliberately seeking encounters with wild wolves.

Another interesting species is the European beaver, which has taken a fancy to the banks of Carpathian and Transcarpathian rivers. There are about 400 beavers in the mountains. To observe these large rodents, it is worth looking for their habitat. Animals dig holes in high banks of the river, and make their lodges out of twigs in wetlands. The entrance to the beaver’s dwelling is always hidden by water.

Talking about the fauna of the Ukrainian Carpathians , it is worth mentioning such an unusual inhabitant as the fiery salamander. This small amphibious Hutsul is called a rain lizard. All thanks to the love of this animal for moisture and coolness. The expressive appearance of the creature, its contrasting black color with bright yellow-orange spots have fascinated people at all times. Mystical properties were attributed to a small lizard, considering it the spirit of the elements. The salamander is listed in the Red Book, so if you find it in nature, do no harm. Please note that an animal that lives along the banks of water bodies emits a weak poison. For a person, it is not dangerous, but can cause a burning sensation when it comes into contact with mucous membranes. Therefore, it is better not to touch the salamander, or at least wash your hands thoroughly after contact with it. 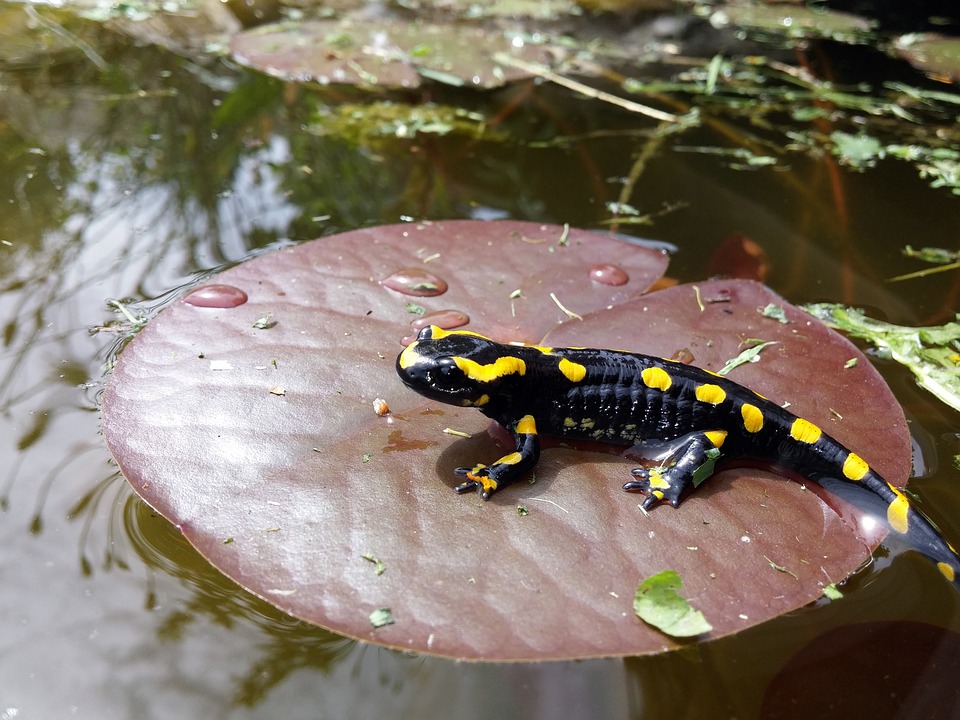 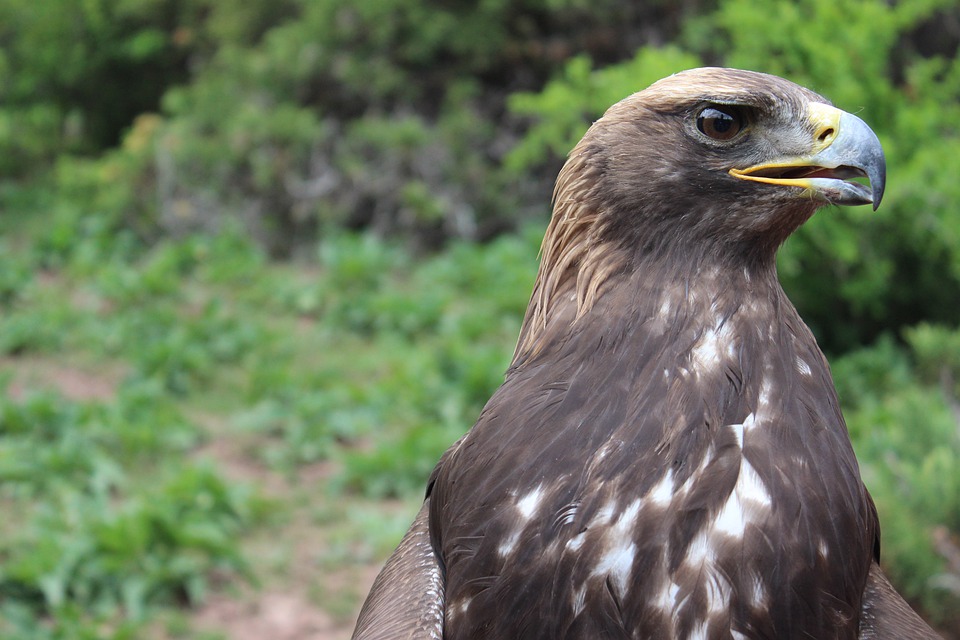 About 60 species of fish live in the reservoirs, including Danube salmon, rainbow and brook trout, grayling, burbot, sterlet, and umber. However, if you want to have a good time fishing, you should go to one of the nurseries of the region (you can order a transfer from the hotel). Comfortable conditions are organized here for guests, and the reservoirs are well stocked. The main thing is that in this case you will not harm the fragile ecosystem of the Carpathian mountains.

Please note that some wild animals of the Carpathians are potentially dangerous to humans. These include bears, deer, wild boars, wolves, lynxes, vipers (and other snakes). They are best avoided, especially if you see an animal with cubs. If the meeting did occur, you should slowly retreat. Seeing an animal from afar, you can watch it, remembering to make sure that the distance remains large enough.

A trip to the Carpathian Mountains is a chance to plunge into the fabulous world of wildlife. If you pay attention, during your usual walk in the woods you can meet representatives of local flora and fauna, including rare red-listed species. To admire the blooming of grasses and bushes, it’s better to visit the Carpathian Mountains from mid-spring to mid-summer. In July and August you can see edible berries, such as bilberries, which ripen in mass. Any time of the year is good for watching wild animals and birds. It’s best to do it in warm months, but even in winter you can see grouse, eagles and other representatives of fauna in the mountain forests. In addition, snow-covered mountain slopes are ideal for skiing, snowboarding, and leisurely horseback riding.